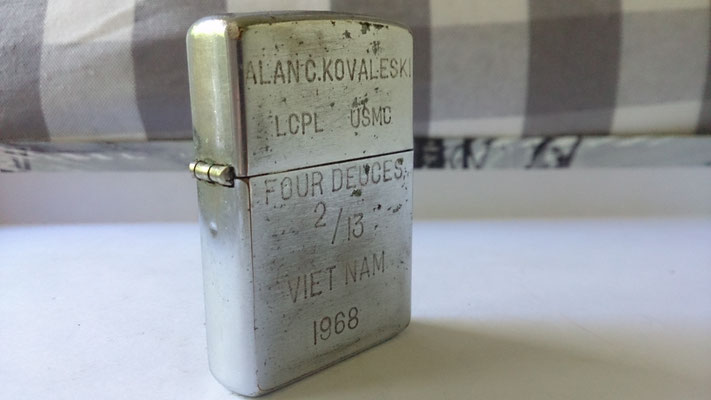 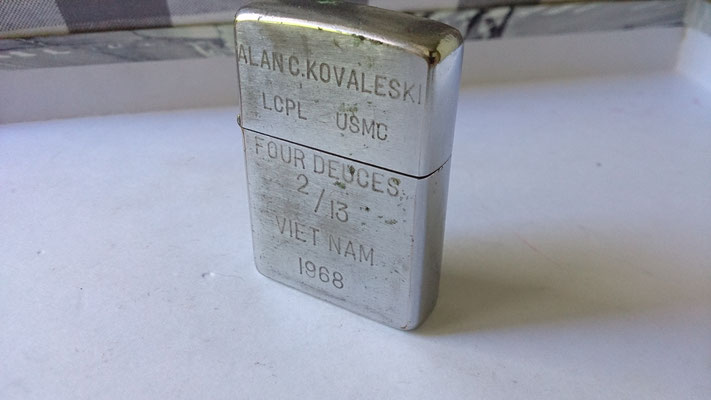 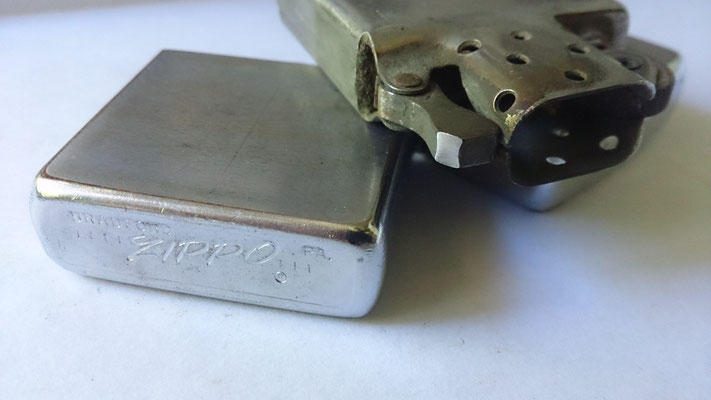 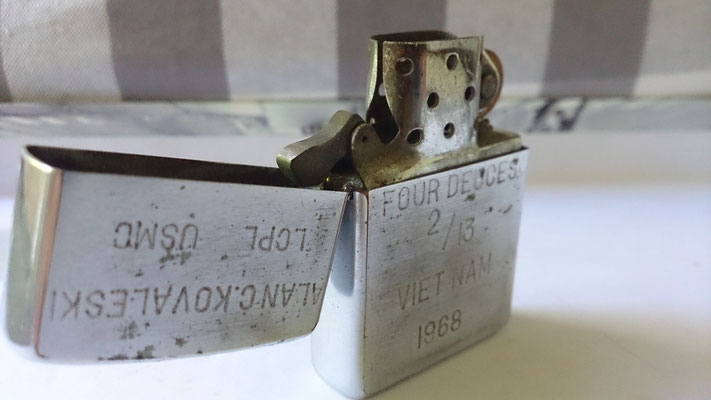 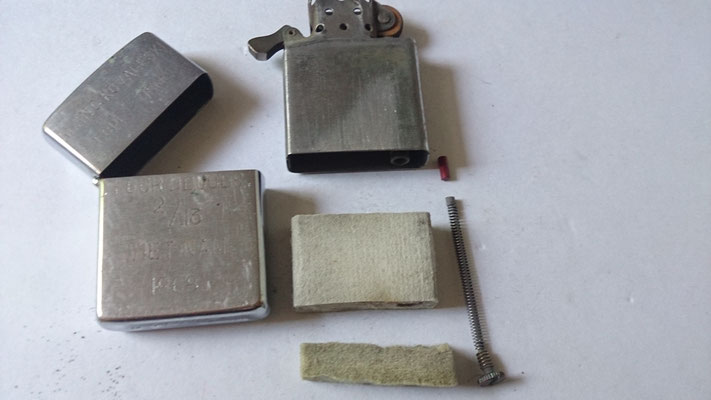 The United States Marine Corps ( USMC ) were among the first in 1965 officially employed troops in Vietnam and were one of te last troops in 1971 in Vietnam.

Four Deuces was a nickname for a heavy 107mm mortar. The Lance Corporal (LCpl), Alan C. Kovaleski, was probably divided into a mortar troop. Figures 2/13 is marking its unity, namely 2nd Battalion from the 13th Marine Regiment of the 1st Marine Division and was an artillery and air defense missiles unit. During my research, I have written with a veteran of 2/13. He did not knew an Alan C. Kovaleski but an Alan E. Kovaleski and there are no documents to Alan C. Kovaleski. It is now very likely did the engraver a writing error on the Zippo. The engraver had probably of understood instead of "E", a "C". These two letters sound very similar in english. Unfortunately Alan E. Kovaleski died several years ago.

A special thanks to "Rodney Young", for his outstanding assistance when searching for information.

This Zippo is from 1967 with rare "Solid Fuel cell" Insert. 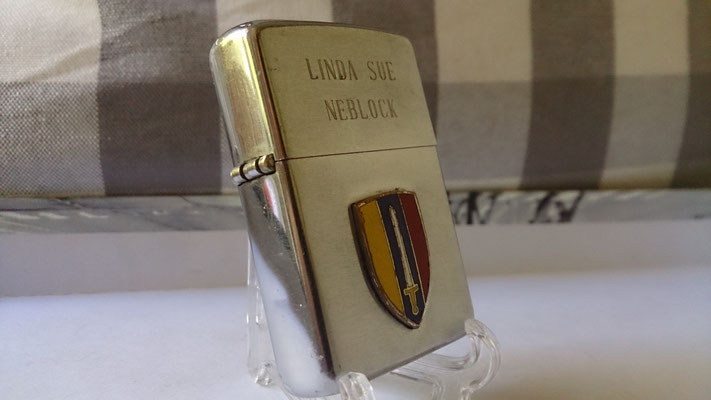 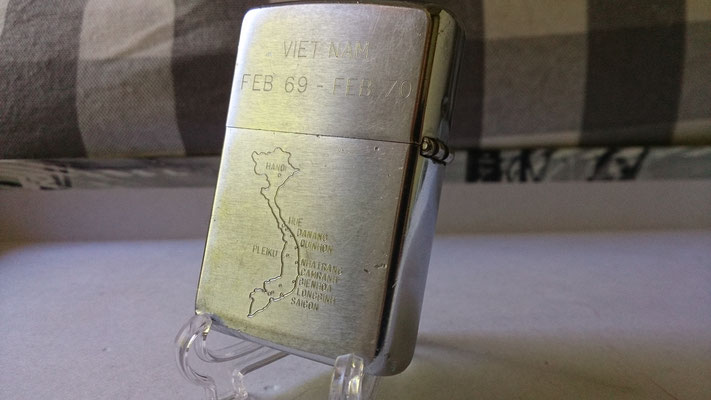 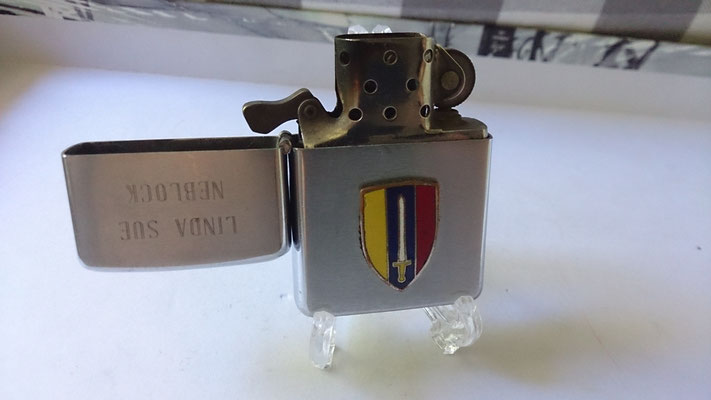 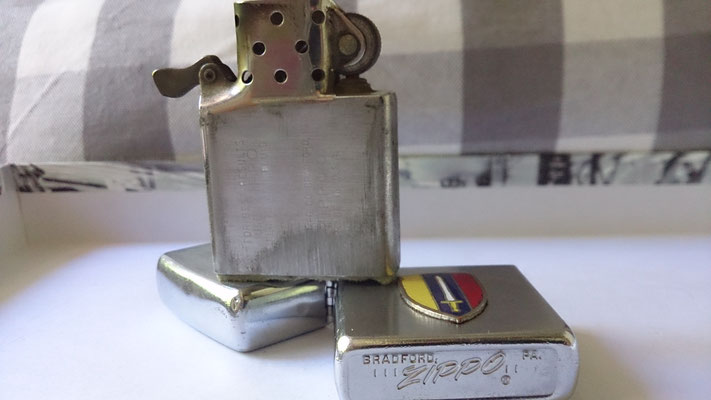 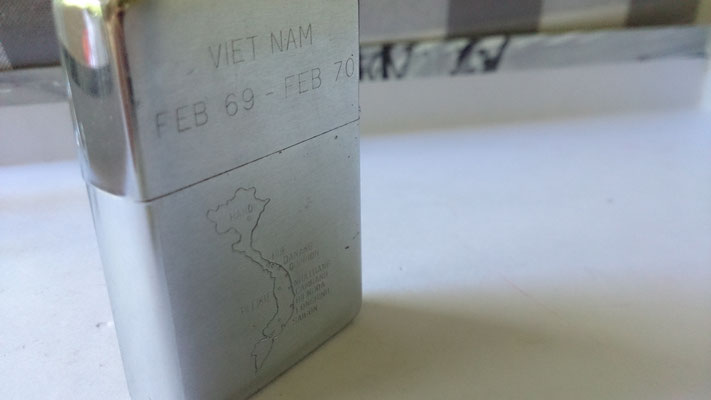 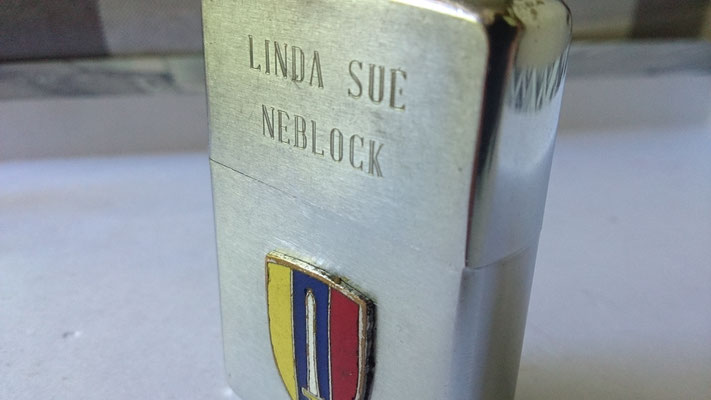 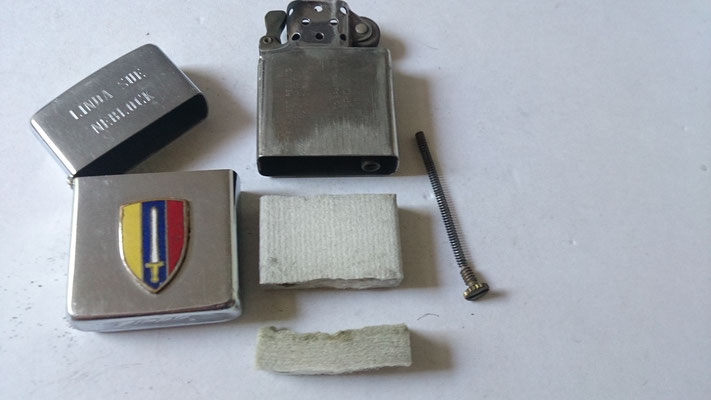 The emblem is from the United States Army, Vietnam (abbreviated USARV) and was in Vietnam the Main - logistics - Unit. Core task was the administration, catering and maintenance. However, the military police, military intelligence, the pioneers and medical corps were subordinated of USARV. The headquarters were in Long Binh, near Saigon. The headquarters unit included 1969-1970 Approximately 1,500 Soldiers.

Linda Sue Neblock was, together with a total of 7500 women, commissioned by the United States, to do the Job in Vietnam. More Information about Linda are not available yet.

This Zippo is from 1969 with rare "Solid Fuel cell" Insert. 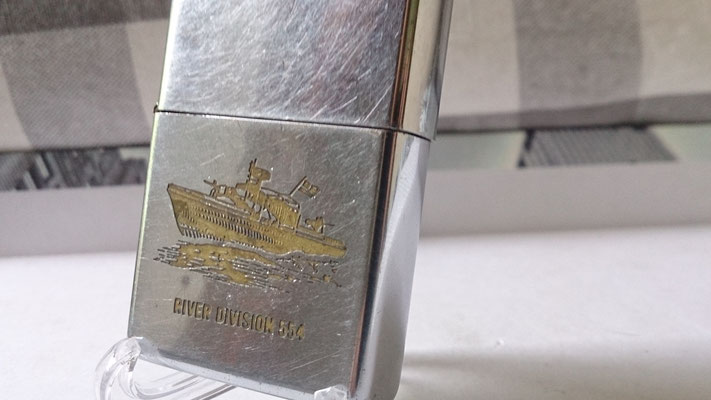 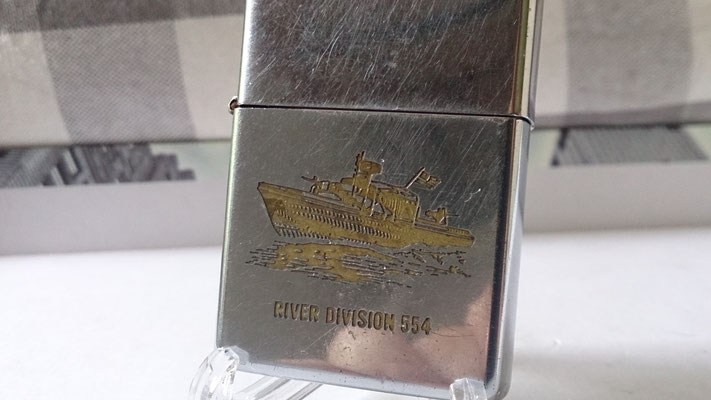 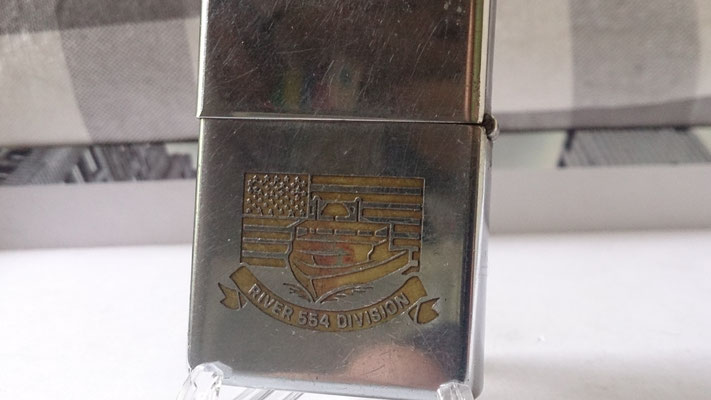 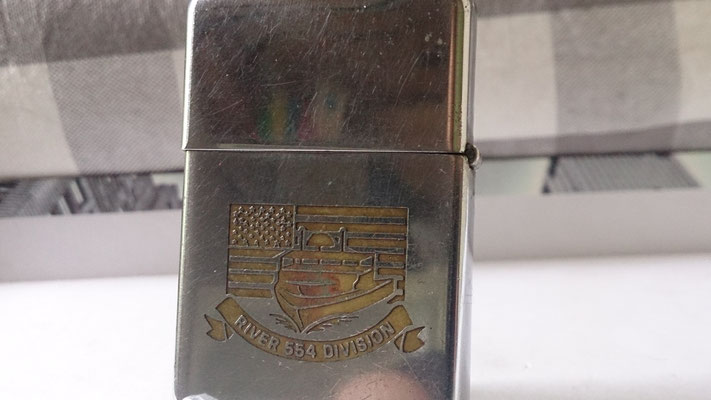 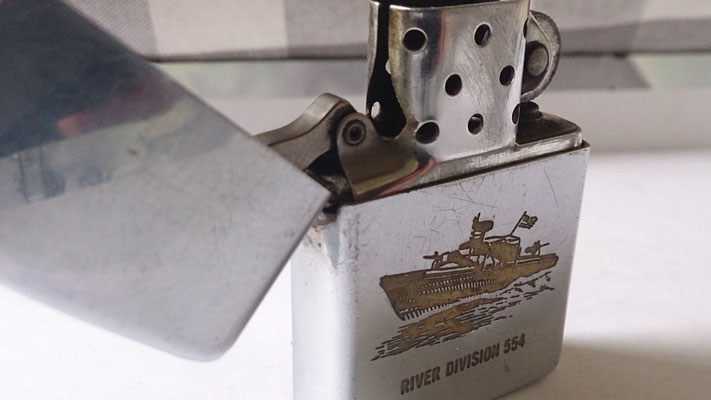 The River Division, also called Brown Water Navy which summoned in 1965 to life and managed by the Task Force 116th. The river patrol boats (abbreviated: PBR ) responsible for the more than 3,000 nautical miles in Vietnam for the river safety.

Usually there were 4 Marines on a boat and the Standard armament was One Twin M2 Browning (12.7mm) one M60 (7.62mm) and one or two other light machine guns (7.62mm). But there were versions with mortars, flamethrowers or mortars Light.