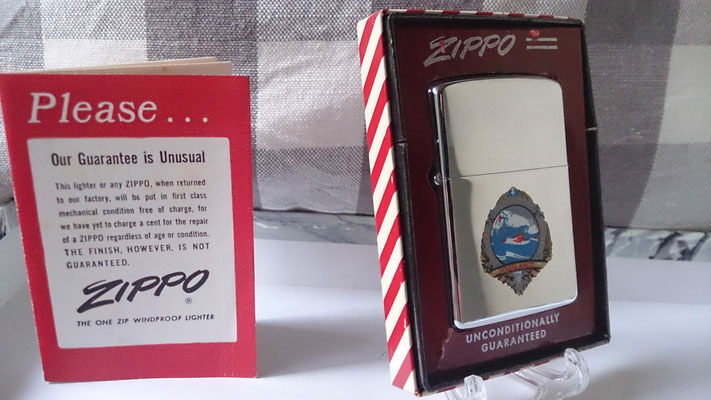 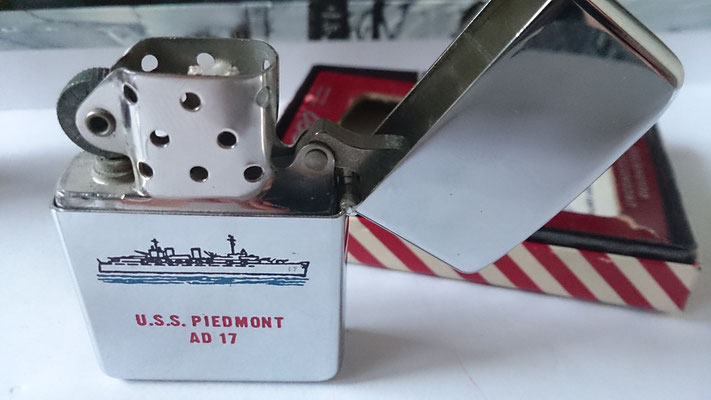 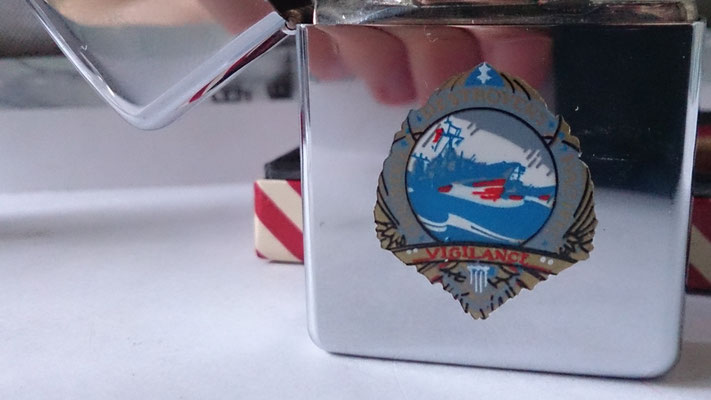 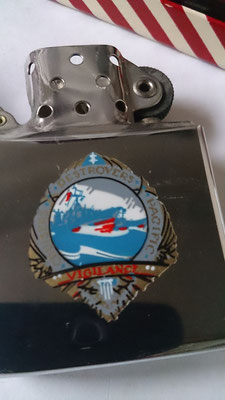 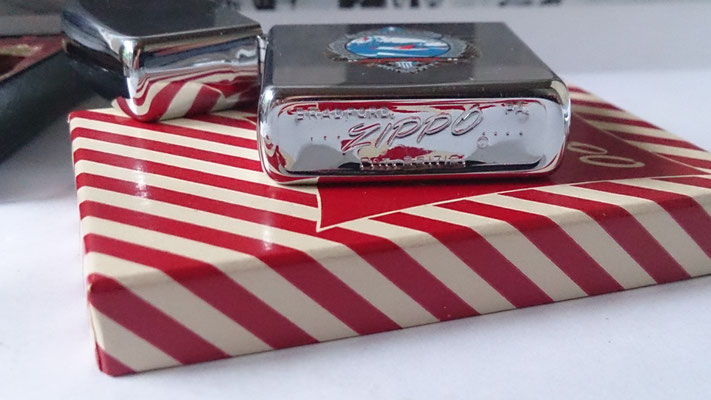 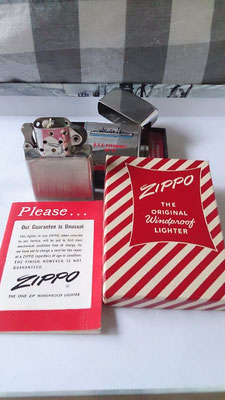 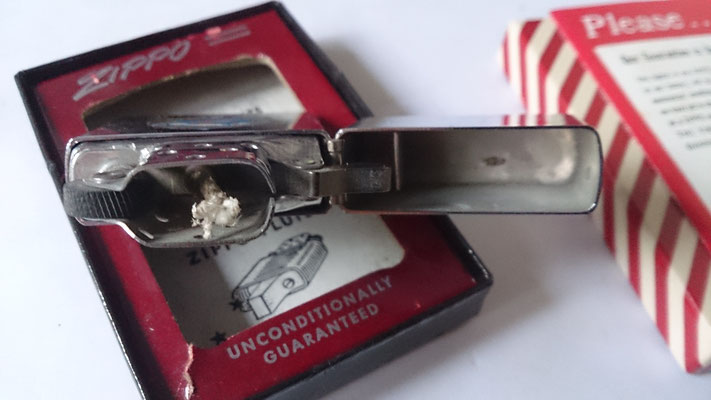 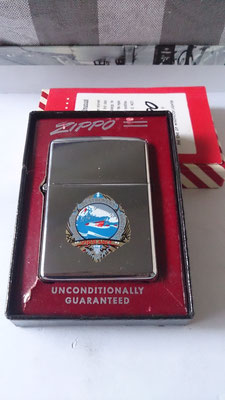 The USS Piedmont AD 17 was a destroyer of Dixie class. The ship was built in the WWII and took well to this part. Furthermore the USS Piedmont was at the Korean War, in the Cold War and the Vietnam War in use. In October 18th 1982, was handed over to the Turkish Navy and scrapped in 1995th

On the front logo is "Cruiser Destroyer Pacific Vigilance" and indicates that the ship was in a Cruiser Destroyer Squadron. Application was the Pacific. In a mission was the Squadron-Admiral on board, so the USS Piedmont was on this mission the flagship.

The front logo was prepared by the Town & Country method.