The Story about "Black Crackle"

When in December 1941 the United States officially Entered the World War 2, the available resources were prioritized to the arms industry. So, the Zippo Company had no brass for the production. Of necessity, the lighters were made of cheap steel from 1942 but the lighters started in a short time to rust. There was a recall initiated by the Zippo Company and the distributors could sending back the Zippo Lighters to Bradford. In Bradford were coated with a black color. The Black Crackle Zippo were born. It has a black coating Applied to the Zippo and then baked in a oven , to protect against rust. There are some Zippo from 1942 which are chromeplated ( not retrospectively chrome ). These were Usually special orders and there are very few of them . The main buyers of " normal " Black Crackle were the US soldiers who fought in World War II. They were not an officially equipment of US soldiers but almost everyone had examined a Zippo . 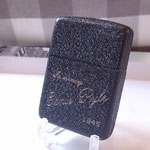 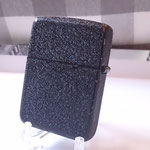 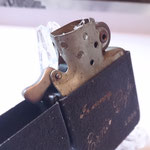 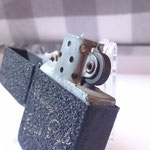 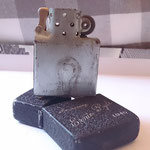